Welcome on the website of the Friends of 115 Squadron, Belgium

Our aim as a small group of local amateur historians:

History – We wish to search and pass historical information, to try to link up to the future in a digital area, that way preserving and applying new found data in an effort to complied history’s unspoken answers.

Respect – We cannot pay more tribute to them who have fallen, than to pay respect for them. In our research, we always respect the family's wishes and also the privacy of those who are left behind.

Remembrance - We wish to ensure that the people who fell, military and civilian are never forgotten. There for, each year, we lay a wreath at the monument of a crashed Lancaster.

Education – We support initiatives as; school projects and private quests, enabling us to understand the reasons for the freedom we have today and look to the future in a positive manner.

Future generations must be reminded of what happened in WWII so that they never forget that their freedom was gained by acts and sacrifices of these men and women in history.

All info and photos relating 115 Sqn are welcome, mail them to friends115squadron@gmail.com ,
the team thanks you for your effort.

These pages including the Summary of Events (the daily notes),
and Details of sortie or flight (the mission's details, and the crewmembers).
This is a major task and will take months of work.
The plan in the future is to connect a search module.

Thanks to Andrew Marshall we have a new face for the Roll of Honour, Andrew send following mail with two clips,
regarding Sgt. Parr Cyril George – FG.

Please find attached an article and photograph from the Gravesend Reporter 19 December 1942 page 10.
Cyril was previously a member of Gravesend War Reserve Police.

This is my biographical information on Cyril,
Cyril was born on 8 June 1913 in St Thomas, Devon. He was the only child of George Thomas Parr and Evelyn Josh (nee Wills).
He married Gwyneth May Allen in Gravesend in 1939 and they lived at 21 Thomas Drive, Gravesend.
Their daughter, Averil Ann Parr was born 27 June 1940.

In January 1939 Cyril volunteered as a Special Constable in the Gravesend War Reserve Police.
A year later, in January 1940, Cyril enlisted in the RAFVR and qualified as a Wireless Operator/Air Gunner.
He later joined 115 Squadron in September 1942 along with the crew he had trained with and they were based at RAF Mildenhall, Suffolk.

During October, Cyril flew six sorties with his regular crew

On the evening of 16 October 1942, 115 Squadron conducted a mine laying operation off the western coast of France.
Wellington III X3946 KO-Q took off at 1800 on their seventh sortie, along with 11 other aircraft they were carrying
22 1500lb Mines and 18 500lb general purpose bombs Their aircraft was one of two that failed to return and was lost
in the target area, crashing into the sea with the loss of all of the crew.

Cyril's body was washed ashore along with Sgt David Buchanan and they were buried in a joint grave (no.5) at
Sainte-Marie-de-Ré Communal Cemetery, Île de Ré in January 1943. The personal inscription on his grave reads,

Following mail was sent by Klaas Visser, from the Netherlands,

Last week, August 31, a grandnephew of Thomas Gostick, of the 115 Squadron, and his wife visited the
cemetery in Winkel, where Gostick is buried.

Sgt. Gostick Thomas Walter - Air Gnr. and his crew lost their lives 16/17 November 1940 during a mission on Hamburg. 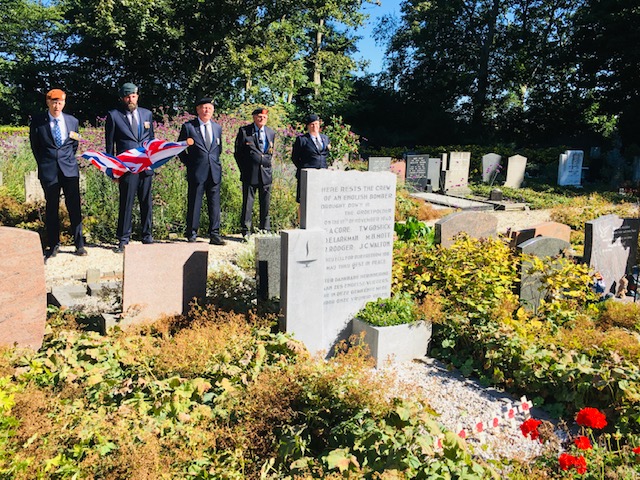 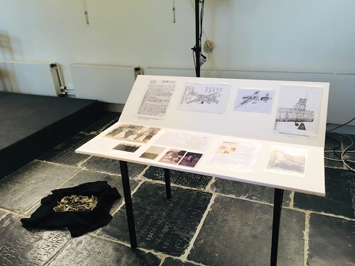 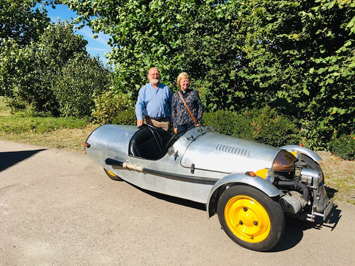 Berlin LuftTerror added 7 new photos to the album
"Back from Berlin".

A press event was mounted by the Air Staff to recreate the
landing back from the first bombing of the Third Reich's capital.

Actually the press event happened on 30 August 1940 #OTD,
the day after the second air-raid on Berlin by RAF aircraft.

The morale and propagandist potential of the attack was evident
so in the act took part No 115 and No 38 Squadrons' crews,
two of the six operational units flying the Vickers
Wellington Mk 1C in No 3 Group.

Both units were based at the time at RAF Marham air station, in Norfolk. At 12.00 hrs under blue skies, pilots and crews who went on the Berlin raid were photographed and filmed by Movietone News and Fox Photos recreating for the cameras their landing back from
the previous night attack, with their Wellington medium bombers, studying maps relaxed and the post-strike debriefing with an intelligence officer.

Ironically, they had missed the first raid two nights earlier.
Marham's bomber squadrons, departing that night from Norwich airfield as advanced base to conserve fuel,
visited the German capital for the first time on the night of 28/29 August.

I would like to ask if there are still pictures of the crew somewhere. I thank you in advance for your help.

This is my father Jack (Scotty) Horne with his Lancaster.
He was Flight Sgt, tail gunner. From Victoria BC, Canada RCAF and was attached to the RAF in 1944.

I found photos of 2 others listed as crew.
The 1st is Bill Holmes taken during training in Canada. The next 2 of Eddy Hagberg.
The one in glasses was taken at Witchford Ely Cambs, the other says RAF Winthorpe Newark Notts.

The only story I know that dad told was that he once worked with a German fellow in the 60's (dad was a carpenter).
They talked about wartime experiences. They discovered that dad (crew) actually shot his plane down but couldn't
confirm because it went below clouds. The German said he could confirm because he was on that plane, obviously survived.

I'm trying locate a telegram my Grandmother received stating that my dad had been injured to narrow down a date.

Nota: we found only two missions of this crew, If you have more information please sent an e-mail, thanks.